An evening of performances on movement research in contemporary dance curated by Irina Baldini and Masako Matsushita, dance artists and performers forming the duo Soi3 since 2009, also part of 4bid Gallery in the OT301. 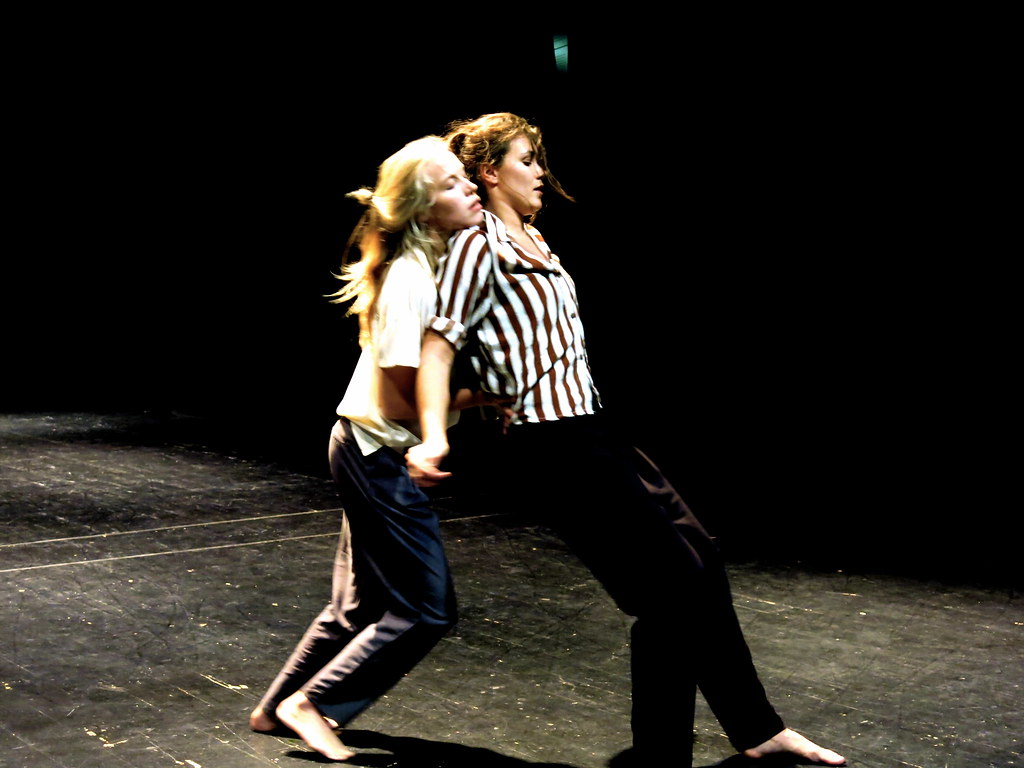 The performance is produced with funding from Kristiansand kommune, Cultiva express and Trafo.

all the thoughts that provoke your fear…

All the things that you call nature.

What do you want?

Maren Fidje Bjørneseth and Julie Rasmussen – The norwegian duet work as freelance dance artists and are based in London (Maren) and Copenhagen (julie). They both created and work with the contemporary dance festival Ravnedans which will be running for the 5th time this summer in Kristiansand, Norway. 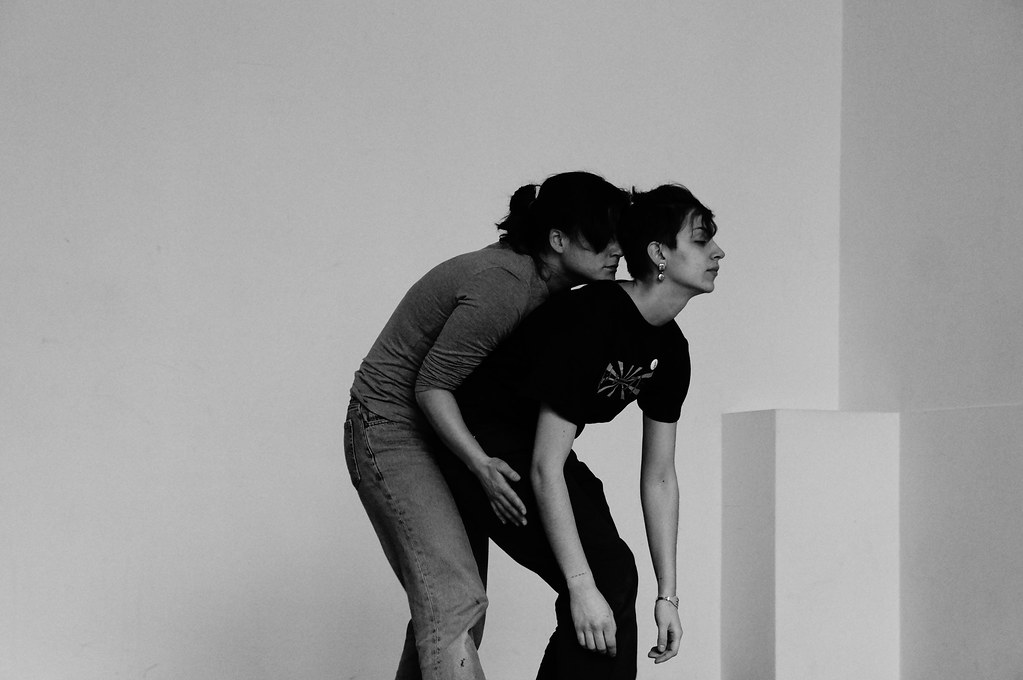 The piece was commissioned by Erkki Hirvela Atelier in Finland 2013 and takes inspiration from Fischli and Weiss art video ‘Der Lauf der Dinge’ 1987.

Two bodies reacting to one another’s impulses creating a chain of action-reaction. The movements happen only when triggered and efforts are initiated and embodied consequently.

Soi3 -Irina Baldini and Masako Matsushita are two dance artists and performers forming the duo Soi3 since 2009. They have been collaborating and exhibiting consistently, performing in group and solo shows internationally as well asrealising commissioned work for art galleries, theatres, site specific and international festivals. Currently they run 4bid Gallery @ OT301 together with two other creatives. 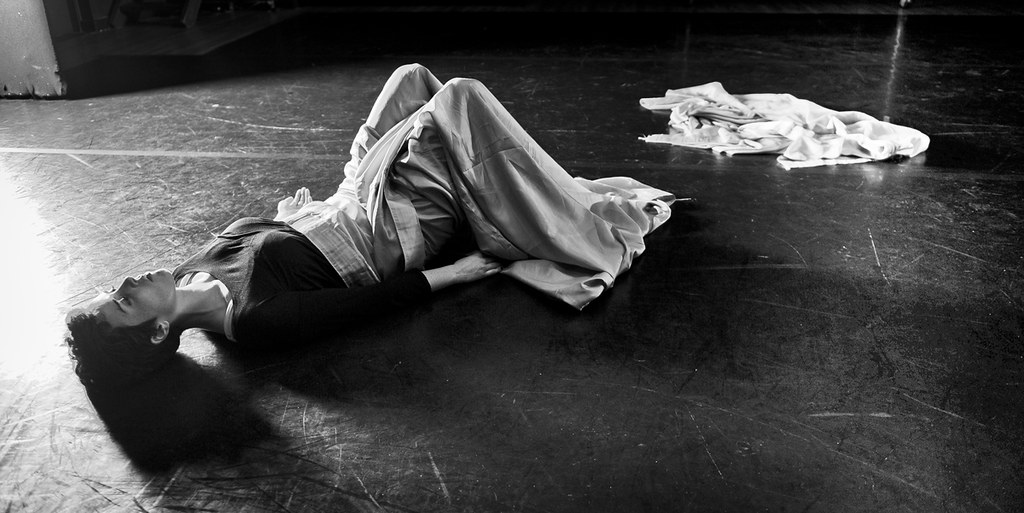 a work in progress by Clare Daly

A series of attempts, exchanges and relations between bodies; human and non-human, physical and conceptual, to consider the vibrancy and agency of objects and question established hierarchies between all ‘bodies’.

Clare Daly – is a dance artist who’s practice is concerned with performance – art – dance, their relationships to each other and challenging their conventional perception, by questioning modes of presentation and assumptions of virtuosity. She is interested in liveness, the condition of the body in performance, spectatorship and the possibilities that can arise from this encounter. Clare holds a BA (Hons) in Dance Theatre from Laban, London. Her work takes form on stage, as installation and sometimes site specific, and has been presented at various platforms and festivals around Europe. As a performer, she has worked with influential artists, including Lea Anderson, Matteo Fargion and Tino Sehgal. 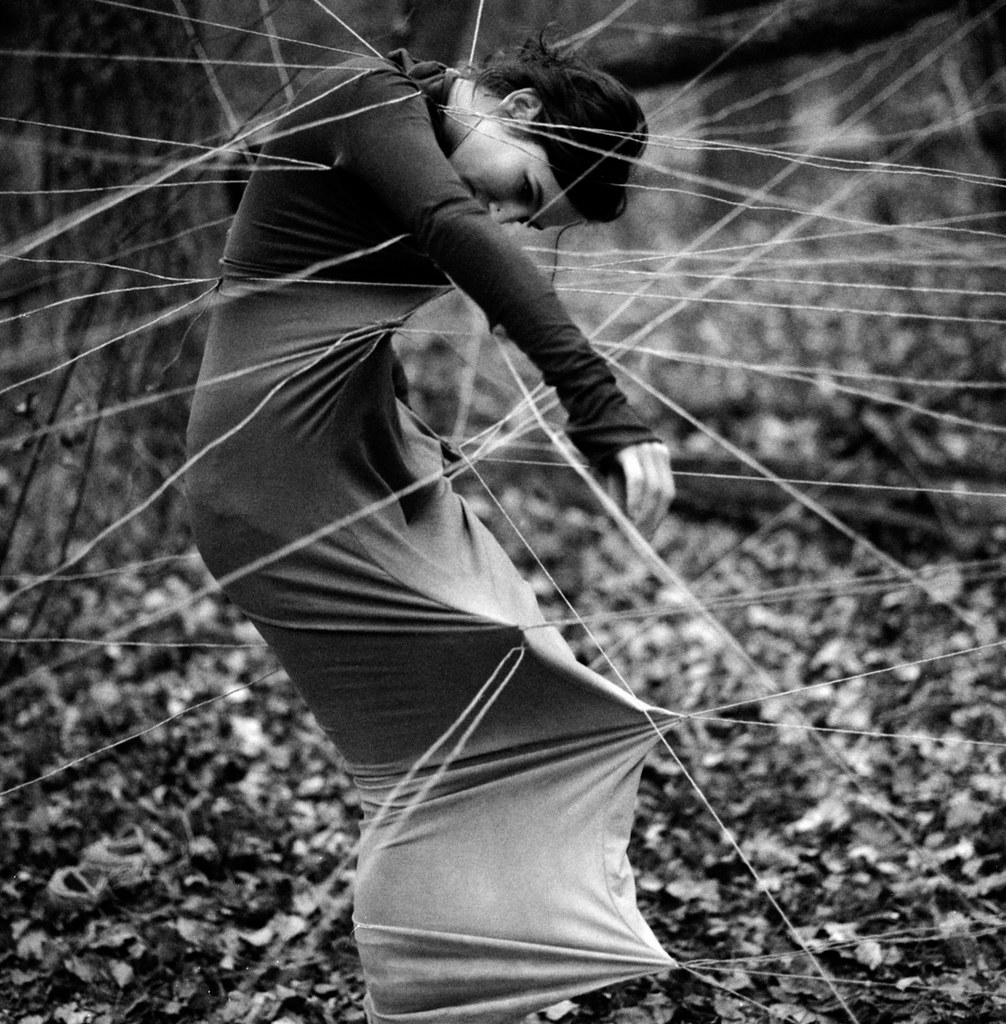 work in progress by Cornelia Voglmayr

Nowadays expectations and productivity underly the understanding of a successful life in this fast living world. A different approach is hard to stretch due to consumerism. Where do we go from here?

Cornelia Voglmayr – was born in Vienna and graduated at Music High School Vienna. She studied “theatre, film and media studies” at the university of Vienna before doing her BA in Dance Theatre at “Trinity Laban – conservatoire of music and dance”. She worked with choreographers such as Sasha Waltz, Jasmin Vardimon, Matteo Fargion, Mafalda Deville, Tim Casson, Lizzie Kew Ross and Susan Sentler. As a Choreographer she toured her pieces in England, France, Norway, Italy and Denmark.